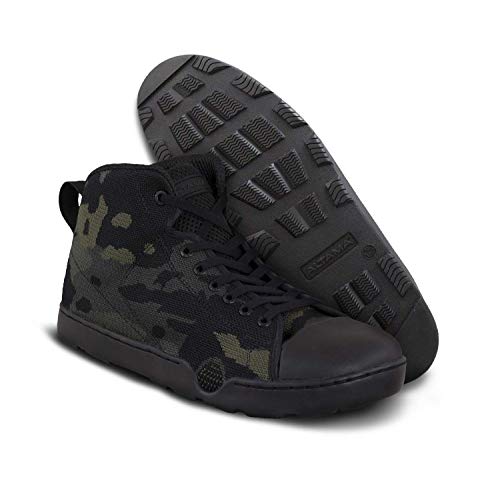 This is similar, but different than it’s aquatic brethren – the Altama OTB Maritime Assault Boot – which we’ve also reviewed.

The key differences here – this boot is meant for dry land – it uses a mainstream EVA midsole for cushion and a knit upper.

Here are some of the styles we are going to look at:

Why read when you can watch? Our review pair is on order, while we wait for them to arrive check out this video from our YouTube channel about the OTB Maritime Assault Boot:

While Altama OTB Maritime Assault Boot is made for all tactical water operations, the Altama OTB Urban Assault is made for tactical land operations. It may look like Chuck Taylor initially, but the differences between the two will also be seen immediately. It is fashioned with convenient knit uppers and a justified, high balance sole so you can comfortably do anything. It has air mesh linings that help absorb and remove sweat and other moisture rapidly from your foot. Its non-shine rust-proof lace hardware will not crack on the battlefield, while its rubber toe cap forbids depletion and gives additional security. The removable cushioned contoured anti-microbial PU foam insole is distinct from other foam insoles because there’s no revealed foam and no fabric top. It’s sealed so that it does not take in water. 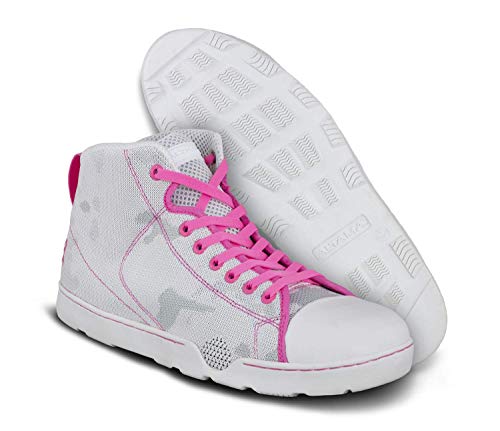 Altama Urban Assault Boot has a full-length piece ABS shank that serves strength and assistance when climbing ladders. To make sure its outsole sticks well with its high abrasion rubber, Altama had it tested in ASTM F2913-17, the standard test method for measuring the coefficient of friction for evaluation of slip performance of footwear and test surfaces/flooring using a whole shoe tester. The integrated chunky knit vent enables proper airflow around the foot. Its heel counter is Back Part Molded to deliver a tailored curve that cups the foot to eliminate all discomfort and pain. 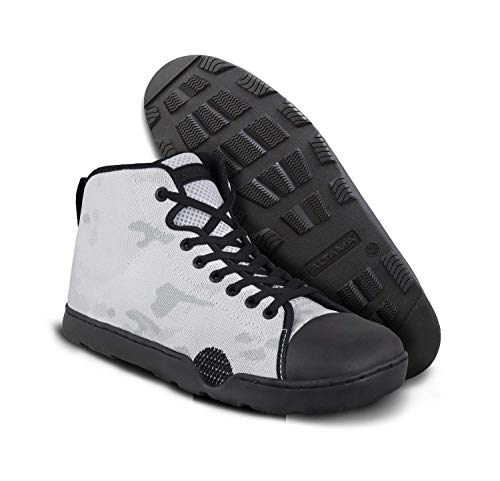 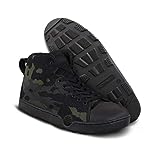 That boot was originally designed as an amphibious shoe for US Special Forces – including the US Navy Seals.

As such, it’s very specialized for getting wet – and full immersion.

The Urban Assault, in contrast, uses materials that are a lot more mainstream.

Secondly, the upper is using a knit material – which is more comfortable than the closed-cell foam (to prevent waterlogging) and 1000D Cordura (tough as nails!) on the Maritime.

The Maritime Assault Boot is great for fishing, kayaking, boating, and establishing a beachhead – of course.

Altama first designed children’s shoes in 1969 in Darien, Georgia, and then finally transformed their production to military boot wear during the Vietnam War. Altama has been handing over their Military spec Altama boots to the United States military, military schools, services agencies, Special Forces, and police departments for decades. They also produced a range of practical combat boot styles specifically for civilian use carrying out their well-known Panama sole. This boot wear consolidates all the outstanding design traits of their military spec Altama boots, applying the same skill they apply when creating all their footwear.

That’s our review of the new Altama OTB Urban Assault Boot (Buy on Amazon) from Altama.

In terms of breathability, Urban Assault boots beat Maritime Assault boots as they are softer and lighter to wear, especially if you don’t need the maritime capability. Colors come in Multicam Black, Alpine Multicam Pink, Alpine Multicam, and Black, which don’t look out of place in your workplace, gatherings, date nights, or anywhere. 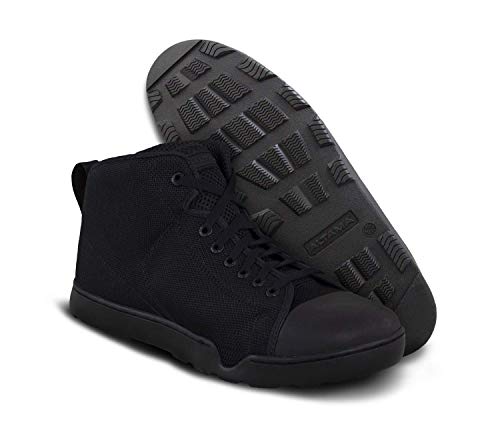 Some product photos on this page are property of Altama.

We are an affiliate of various sellers of this product. If you buy items after clicking the links in this article, we receive a small commission at no extra cost to you. This helps us to bring you in-depth information and content on these great products.

July 22, 2021 clothesadmin Gym Equipment 0
Disclosure: Links to other sites may be affiliate links that generate us a small commission at no extra cost to you.

Are you doing the Oly lifts? Then you need proper bumper plates. These new Savage Bumper Plates from Fringe Sport are robust and affordable. (And they look good!) Bumper plates are advised for beginners (and experts), and even if you would not lift as much in the beginning, they are still advised just in case one drops the bar. What makes them better than iron plates is their durability, that despite the abuse you give them, you don’t have to worry about them getting cuts and cracks. They are highly recommended during any workout where you’ll need to lift and move fast, like in CrossFit. Here’s some of the styles we are going to look at: Savage Bumper Plates – Overview Savage Bumper Plates are easy to recognize because they have tiger stripe colors throughout them. The colors are attractive as they are also helpful. If you are in a hurry, you can easily spot the plates that you need to get a brief workout without double-checking the plates you are loading. Bumper plates are made of 100% virgin rubber, [Read more …]

June 19, 2021 clothesadmin Rucking 0
Disclosure: Links to other sites may be affiliate links that generate us a small commission at no extra cost to you.

Let’s review Ruck boots from GORUCK. The MACV-1 is one of the nicest shoes (boot or otherwise) I’ve had the pleasure to test. And the good news is that GORUCK has lots of variations on the MACV-1 – and even a close-cousin – the new Jedburgh ruck boot. Rucking is a form of cardio exercise, and its most significant advantage is it makes fitness as simple as walking. It is also a low-intensity interval training workout where you walk with a weighted rucksack for a set distance and gets you in shape, helps you gain strength, and develops your cardio. So if you want a new kind of adventure, rucking is something you want to try. All you need is a rucksack with added weight and good rucking boots. Here are some of the styles we are going to look at: GORUCK MACV-1 Video Review from our YouTube Channel Want to see these bad-boys in action? Check out these videos: Here’s the Black Leather version: GORUCK Rucking Boots – Overview Rucking is a good workout and provides plenty of tremendous [Read more …]

January 23, 2020 clothesadmin CrossFit Shoes 2
Disclosure: Links to other sites may be affiliate links that generate us a small commission at no extra cost to you.

Nike’s React Metcon shoe is the first Metcon shoe to incorporate their proprietary React foam cushioning system. Why? For high-impact comfort AND stability. The Nike React Metcon takes a lot of inspiration from the Nike Metcon 5. You’ll notice the outsole and rope wrap are identical. And this means you get the stability and traction from the training original. Buy you also get Nike’s most comfortable cushioning – React foam. With this, you can tackle any high-impact (box jumps, sprints, jump rope, etc.) and lifting workouts with a light, breathable upper and durable grip to keep you going. Here’s the outsole. See the similarities? Where’s the React foam? It’s on the inside, in the midsole. You’ll notice from the top view that this shoe takes the same basic shape as the Metcon 5. The upper is made from FlyKnit – which is Nike’s knit yarn-like material. Just be aware that it is a double layer FlyKnit -so it is not quite as lightweight as the running shoes that use FlyKnit. Where are the laces? This shoe doesn’t use traditional laces. [Read more …] 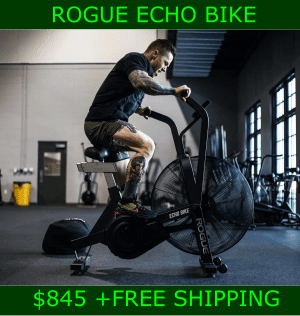