The Reebok Nano X1 Froning created in collaboration with Rich Froning, the Fittest Man on Earth, is now available!

Last August 16, Reebok announced a collaboration with Rothco, a tactical and outdoor clothing brand. This limited collection reimagines Reebok’s most iconic fitness silhouettes, the Nano X1, through Rothco’s ultra-functional, military lens. Both Reebok and Rothco have roots in producing functional gear. Rothco has been a figure in the military gear space for over half a century and now has made its mark in fashion and lifestyle.

Here’s some of the styles that you can get now:

Rothco is known for its camo designs which have become Reebok’s new colorways for Nano X1 – Ultra Violet Camo, Red, White, and Blue Camo, and City Camo. Reebok Nano X1 Rothco comes in a unisex silhouette highlighting minor adjustments sparked by Rothco’s military and outdoor heritage, including chunky laces to simulate Paracord and a pull tab on the heel.

The webbing used in the shoe is the same as what they use in Rothco’s tactical bags. The midsole in this shoe is made from EVA foam, and it is using Reebok’s Floatride Energy cushioning system. The heel counter of the Nano X1 is huge and has an external TPU cage on top of an internal counter. The cage adds stability at the heel to the midfoot of the shoe. The outsole is regular rubber with a multidirectional design for grip.

It has more aggressive traction than the previous versions and has raised rubber sidewall and a lip at the instep of the shoe. It has an improved cushion that you will feel in the heel, especially when running and heel striking. The new toe angle helps in burpees and repeated bounding movements like box jumps and double unders are also comfortable with this shoe.

Product photos on this page are property of Reebok.

We are an affiliate of Reebok and others that sell this training gear. If you buy clothing or other training gear after clicking the links in this article, we receive a small commission at no extra cost to you. This helps us to bring you in-depth information and content on these great training products.

December 28, 2020 clothesadmin CrossFit Shoes 0
Disclosure: Links to other sites may be affiliate links that generate us a small commission at no extra cost to you.

Reebok has released the Reebok Nano X PR shoe. Like the other versions of Reebok’s 10th CrossFit training shoe it is packed with features you need for the CrossFit WOD. But, the Nano X PR is made from light-weight materials. Does it make a difference? That’s what we’ll uncover here – we’ll also tell you more about the Nano X and why these are great CrossFit WOD style shoes. Here’s some of the other styles that are available now: Let’s take a look. Reebok Nano X PR Shoe Review – On Our YouTube Channel Here’s an in-depth review of the Nano X PR, from our YouTube channel: By the way, we have high expectations for this shoe. The Reebok Nano X was a runner-up in our Best CrossFit Shoes for 2021 review. Disappointed that the PR isn’t really light-weight? Check ou the Reebok Nano X Unknown – this is 1 ounce lighter than the regular edition Nano X and the Nano X PR. Reebok Nano X PR Shoe Review – Is It Lightweight? We did a weigh-in and compared the [Read more …]

March 11, 2021 clothesadmin CrossFit News 0
Disclosure: Links to other sites may be affiliate links that generate us a small commission at no extra cost to you.

CrossFit 2021.1 Open WOD Workout Announcement The CrossFit 2021.1 Workout Announcment will be taking place today at 5 PM PST: The details of the CrossFit Open 2021 have been announced! Workouts will begin in March, 2021. The Open kicks off March 11 at 5 p.m. PT, with the release of Open Workout 21.1 CrossFit has become a popular sport across the United States and there are a lot of questions around the details of it. That said, CrossFit is not just seen as a sport, but as a lifestyle. This lifestyle is focused on effective exercise, balanced nutrition, and achieving goals that you make for yourself. Every workout is different and varies on the athlete’s experience and strength level. The ultimate goal is to support long-term health and wellness by creating a support group of like-minded people. All exercises can be modified to fit every athlete’s needs. Here we will break down the basics of CrossFit and provide important details, dates, and insider opinions.

February 7, 2020 clothesadmin CrossFit Shoes 0
Disclosure: Links to other sites may be affiliate links that generate us a small commission at no extra cost to you.

Here’s another great colorway of the Nike Free x Metcon 2. This is the “U Complete Me” edition – just in time for Valentine’s Day. Let’s take a look. Shown: White/Iced Lilac/Black/Noble Red Style: CD8526-166 Photo Credits Photos in this article are property of Nike, Inc. 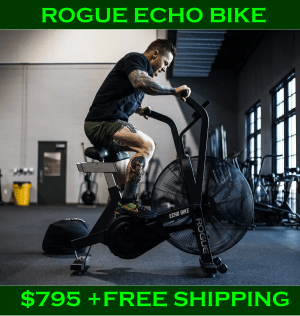